Gold Is Ready to Perform

A solid bid returned to the Gold sector this past week as the market saw a solid Gold Rally.  And the GLD ETF alone added more than 15 tons of Gold.  The precious metals Miners, which had fallen 10% from their recent Cycle highs, rallied to recover all of their losses, and to print new 2016 highs.

Considering that the Dollar also moved sharply higher last week (and continued to start the week) out of its own Cycle Low, the action in the Gold market is surprisingly bullish.  If Gold were destined to decline for one more Daily Cycle into an Investor Cycle Low (ICL), I would have expected a rising Dollar to be the catalyst to send it lower.

If a new Gold ICL were not in play, there would be no reason for the Miners to make new highs, or for Gold to slice upward through its 10 and 20 day moving averages.  Although I’m not willing – yet – to entirely rule out the possibility that Gold’s current DC could fail and drive price lower into an ICL, that’s not what the evidence currently supports.  Admittedly, my last call for a possible $200 Gold Rally did not exactly pan out and that trade was stopped out.  The key difference here is that call was, as  clearly noted within the post, based more on a chart pattern and did lack Cycle’s confirmation.  With this current setup, the Cycle’s picture is well defined.

In fact, the evidence is significantly lopsided here.  None of the action here resembles the type of behavior you would see in a final, failing Cycle.  The technical indicators (10dma cross back over 20dma – MACD bull cross – Strong RSI) and great price action (nearly $100 off the bottom) both point to only the first Daily Cycle of what is generally a 20-25 week Investor Cycle.  If that’s the case, we could see an additional 10-15 days of generally higher prices as Gold rallies toward a typical day 20, 1st Daily Cycle top.

There are still a few bearish indicators to contend with, however.  For several weeks, we watched the COT report thinking that it might need to fully reset before we had an ICL, and that didn’t happen.  Plus, sentiment has moved upward, and is again at a level that is highly elevated.  Nevertheless, when we view these metrics from the perspective of an extreme bull market, it’s clear that their current levels are not out of an expected range.

There are many encouraging signs of a new Gold Investor Cycle.  The Gold Miners’ bullish percent index ($BPGDM) had dropped to 50%, matching the level that accompanied ICLs while Gold was rising out of its 2008 low.  Subsequent ICLs registered very little sell-off in the Miners, and it was not until 2010, a full year after the bear market low, that the Miners saw a real decline.  Last week’s rise in the Miners to a 2016 high is very much like the lock-out rallies the Miners saw after the 2008 bear market low.

Gold is looking increasingly like it’s in a bull market.  We should not be surprised – the world’s central banks are clearly struggling to contain deflation as they become increasingly involved in different debt markets.  The central banks’ purchase of debt has driven yields to near-collapse, with the sovereign debt (out to 10 years) of most industrialized nations trading at negative rates.

It’s little wonder Gold is catching a bid! Why would investors pay to own a risk-off asset like bonds, one which will not appreciate with inflation, when they can own Gold free and clear with no counter-party risk?

On the weekly chart, we see a clear low on Week 26, which is perfectly timing for an ICL.  We had a relatively mild 1-month decline into the ICL, but it was significant enough to be a bottom.  In total, we have more than enough evidence (by early bull market standards) to support a new Investor Cycle.  I believe that we’re going to see a big 2nd leg higher in Gold this summer.

I want to reiterate my belief that everyone should hold a solid, long-term position in both bullion and the Miners, positions that are being held for the long term Gold Rally and not traded with the Cycles.

Disclaimer – In terms of trades, I have a Long position in gold via the etf – GLD.  If a new IC is underway, this trade would remain active for possibly another 2-3 months.

NOTE:  It’s just $99 for a full 3 months of membership, a fraction of what one stopped out trade is likely to cost you.  Consider joining The Financial Tap and receive two reports per week and the education you need to become a better trader or investor    See >> SIGN UP PAGE! 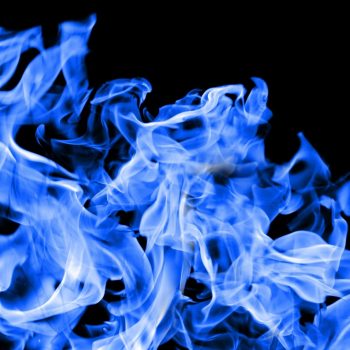