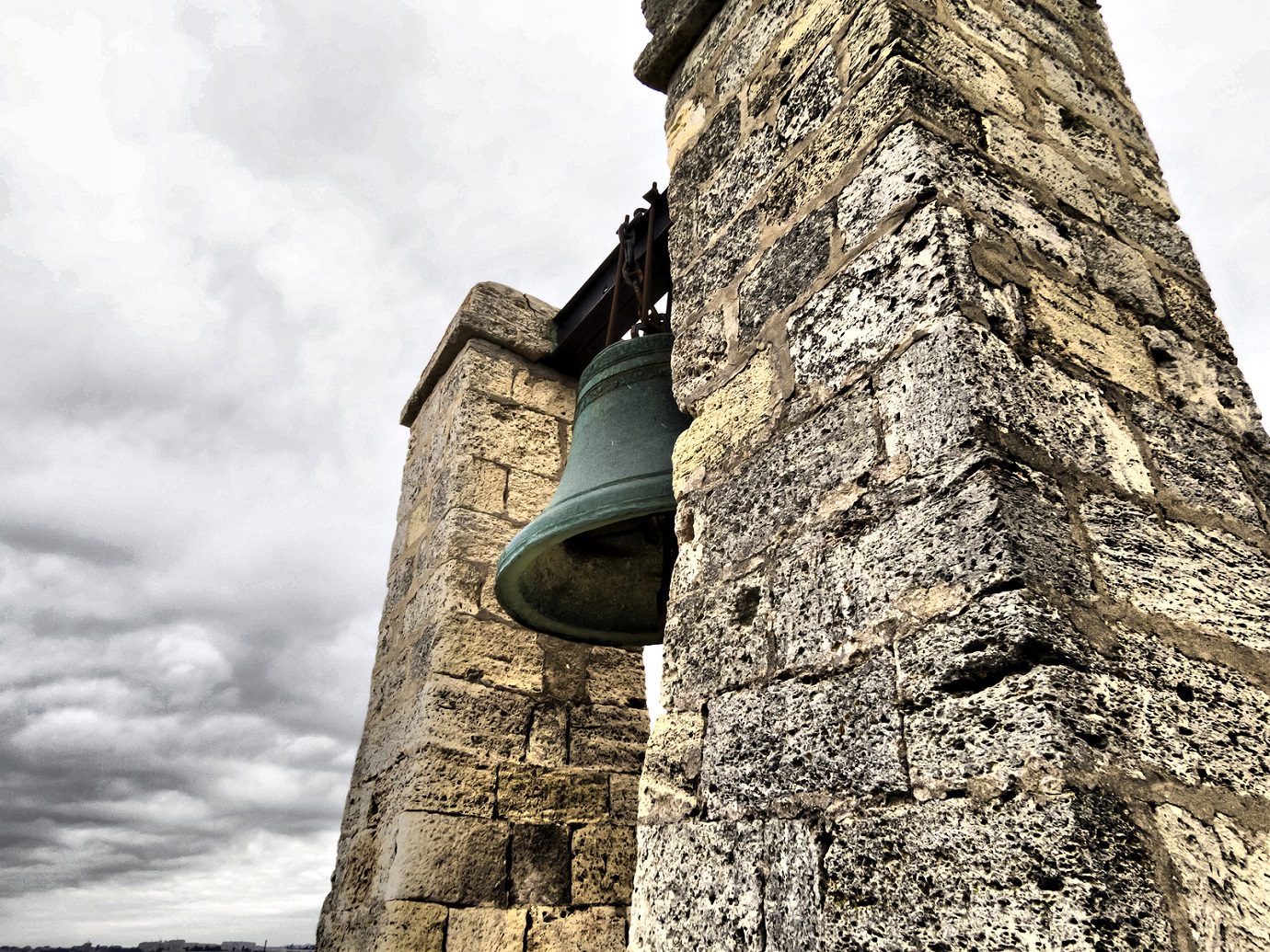 We saw an amazing capitulation event in equities these past three sessions.  It’s clear that market internals were weak, but no one could have foreseen the degree and rapidity of the selloff. The major US indices have already entered into official corrections (-10%), while many world markets are approaching bear market (-20%) territory. And it’s unlikely the declines are over. Friday’s drop was a massive distribution day, with 93% of volume trading lower. With a 1,433 point decline, that was the largest three day DOW decline on record.

The VIX spiked sharply, showing the sort of extreme panic/fear in the market that is typically reserved for the end of Investor and Yearly Cycle declines. If we use the the four-year rally in equities as our guide, this type of sell-off corresponds with markets completing a Cycle Low, after which they should turn higher and rally for 10-20 weeks in a new Cycle.

That’s the script if we believe the bull market is intact, but I don’t think that’s what’s going to happen, not this time. I believe this time is different, primarily because the Investor Cycle count is so early (week 6 of 22-24 weeks). With so many weeks left to complete the Investor Cycle, the current waterfall decline is extremely concerning, and could be an omen of significantly lower prices in the near future.

If I’m wrong about the Investor Cycle count, if we are at the end of the previous Investor Cycle, then the current sell-off is likely to be just about over, and the bears will once again be punished by a sharp move higher. If that’s the case, the four-year advance, which has been punctuated by a long series of “buy the dip” moments just like this one, will again drive a windfall for astute bull market traders.

But that’s not my primary expectation, since I believe that a much deeper shift is occurring in the equity markets. The nine month rounding-top pattern has resolved itself lower, and this has real implications for the longer term trend. In addition, the character of the market appears to be changing, with fundamentals beginning to matter again, and blind “buying the dip” being a path to losses. The markets have shifted to become more efficient, with new developments being quickly and efficiently priced into equities. This change in character is a process, and is being propelled by the realization that the world, and in particular China, is slowing rapidly. Analysts are coming to understand that the next wave of deflationary pressure is now upon us.

Last week, we had further evidence from China that the world’s manufacturing hub is slowing rapidly. The Caixin Purchasing Managers Index, a gauge of Chinese manufacturing activity, fell to a 77-month low in August. It showed that China’s growth is nowhere near the 7% target, and that, in fact, China’s manufacturing base is contracting!

No wonder the Chinese have been quick to devalue the Yuan. Their exporters are being hit with slowing demand worldwide, and lower prices through currency devaluation is one of the few levers the Chinese can pull. As a result, the Chinese stock market is down a massive 35% from its peak, and has given back the entire speculative blow-off of the past 12 months. The current decline, after a similarly large speculative blow-off driven by retail buyers, has all of the characteristics of a bull market top. And ominously, the equity decline is signaling that the Chinese economic engine is in serious trouble.

Turning to Europe, as the fallout from a slowdown in the Chinese economy spreads across the globe, Germany’s stock market has suffered more than most. Germany joins China in being among the world’s largest manufacturing and exporting nations. And like the Chinese market, the DAX is telling us that demand is slowing. The DAX experienced its own blow-off, and has since retraced more than 20% from the peak, comfortably into bear market territory.

Declines in Chinese and German equities are evidence of weakening economies, and it’s no surprise that weaker manufacturing is putting pressure on global commodities prices, particularly oil, coal, iron, copper, and steel. The commodity price crash that began in 2014 was a signal that equity declines were on the way. In the short term, weak demand and lower prices for commodities is often considered bullish for stocks, since the cost of manufacturing is lower, but the longer term implications are decidedly more bearish.

What’s most important to other markets in the longer term is why commodity prices have fallen. In this case, commodity declines are due to weak underlying demand for raw materials. Such a situation can only be driven by weak demand for finished goods, and this calls into question the very foundations of the equity bull market.

One thing is certain: if the mining companies that produce the world’s raw materials are performing poorly, there is no way the world can be in a constructive, secular bull market Cycle. Mining companies rarely, if ever, perform poorly during the expansion period of a bull market. So, with mining companies down 50% from their highs, it appears that the business Cycle is turning lower and that world equity markets are about to begin to “efficiently” price that in.

For the US equity markets, a 10% decline in just three sessions could almost be considered a crash; that significant a decline just doesn’t happen very often. It was the first ‘three day’, 10%+ decline in over four years (correction), and now the S&P appears to be close to a normal Daily (40 day) Cycle Low. The panicked dumping of equities is a sign that market participants are waking up to how unhealthy the market has become, and that it’s likely to decline further in the not-too-distant future.

In the short term, the bloodbath left the S&P 80 points below the lower Bollinger Band. The S&P will almost certainly bounce back this week – unless it continues to crash. Both are real possibilities. The current collapse has opened the door to a much larger correction, but that would be a process that would take time to unfold. Especially since the S&P is so far oversold in the short term.

The recent action has left the S&P at extreme levels when compared to its 50 day moving average, and other metrics are also many standard deviations below their normal levels. Plus, since the current Daily Cycle is on Day 35, the current sell-off is likely to form a Daily Cycle Low in the next few sessions, with price then reversing higher in a new Daily Cycle and recovering a large portion of this week’s declines.

Along these lines, we’ll examine the VIX, a “fear gauge” that measures traders’ estimates for how volatile stocks will be over the next 30 days. Occasionally, futures contracts based on the VIX will drop below the VIX spot price, suggesting that traders expect volatility to fall soon. It’s rare for futures contracts that don’t expire for a number of months to have a lower-price than the near term futures, and when they do, it’s called backwardation. As per the below chart, whenever we have seen significant backwardation in the VIX, an Investor Cycle Low and a significant rally have occurred in equities.

As I described earlier, if equities have reached the point of an actual Investor Cycle Low, we’re about to see a monster, face-ripping rally. But traders should keep in mind that the character of the equity market appears to have changed, so any rally might be short-lived. My favored Cycle count shows the current Investor Cycle is beginning week 7 but has already failed, so there is plenty of time for more downside.

This week’s collapse was a significant breach of support and, for the first time in 4 years, we have a negatively sloped 26 week moving average. The trend appears to have changed, and the current market action more resembles the 2011 collapse than it does the action since. The market has shown amazing resiliency during the past 4 years, and has given its fair share of head fakes. But, based on the Cycle count, I really doubt that’s what will happen this time. I believe that we’re likely headed into a severe, 12-16 week market correction.

An Investor Cycle failure (such as happened Thursday) is a sign that the Yearly Cycle has topped. And with the market in the timing band for a Yearly Cycle Low – the last YCL was in October of 2014 – I believe that’s the path we’re on. Yearly Cycle declines occur rapidly and violently, and in the recent past have quickly given way to rallies that led to a new all-time high. This time, however, the Yearly Cycle decline is coming off of a very significant eight-month rounded topping pattern, and has very weak technical indicators and poor internal breadth. Because this Yearly Cycle much more closely resembles the correction of 2011 than the three previous bullish Cycles, I believe that the overdue market correction is already well underway.

No one can say whether the current bull market in equities is over, and I’m not prepared to make such a statement at this point. Especially with the FED actively engaged in the market and having demonstrated a willingness to sustain it at almost any cost. But that does not preclude the market from experiencing a correction; no external force is capable of preventing those. Students of market history know that it is never different this time when it comes to reversion to the mean.

At this point, the question becomes how deep the current correction will be and what policy response it will induce from the FED. The combination of slowing growth, debt deleveraging, disinflation, and equity market declines is likely to spur the world’s central banks to action. I expect them to launch another attempt to artificially sustain the economy, even though the outcome is likely to be only a bigger, more epic asset bubble. 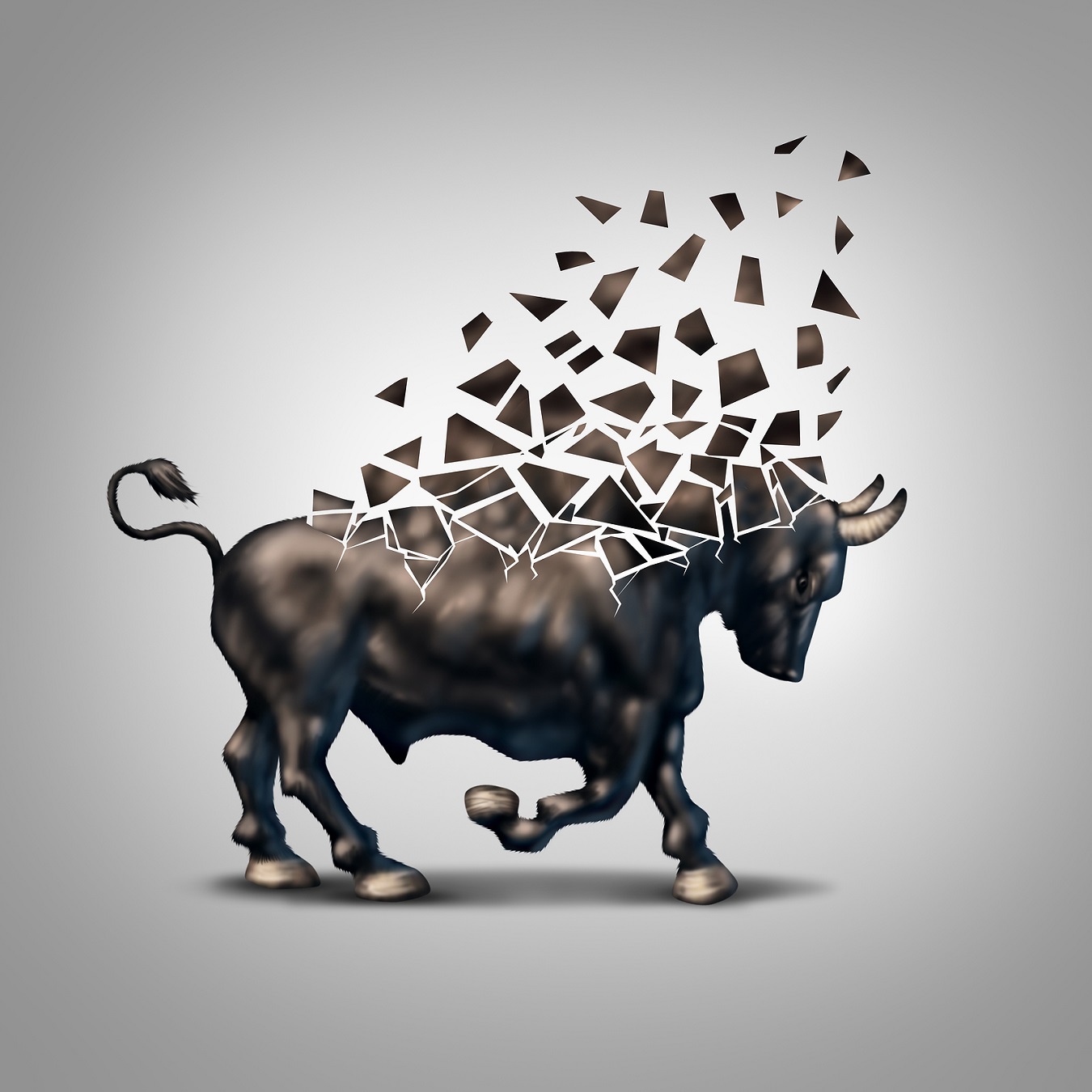 Part of the Process

The First of Many