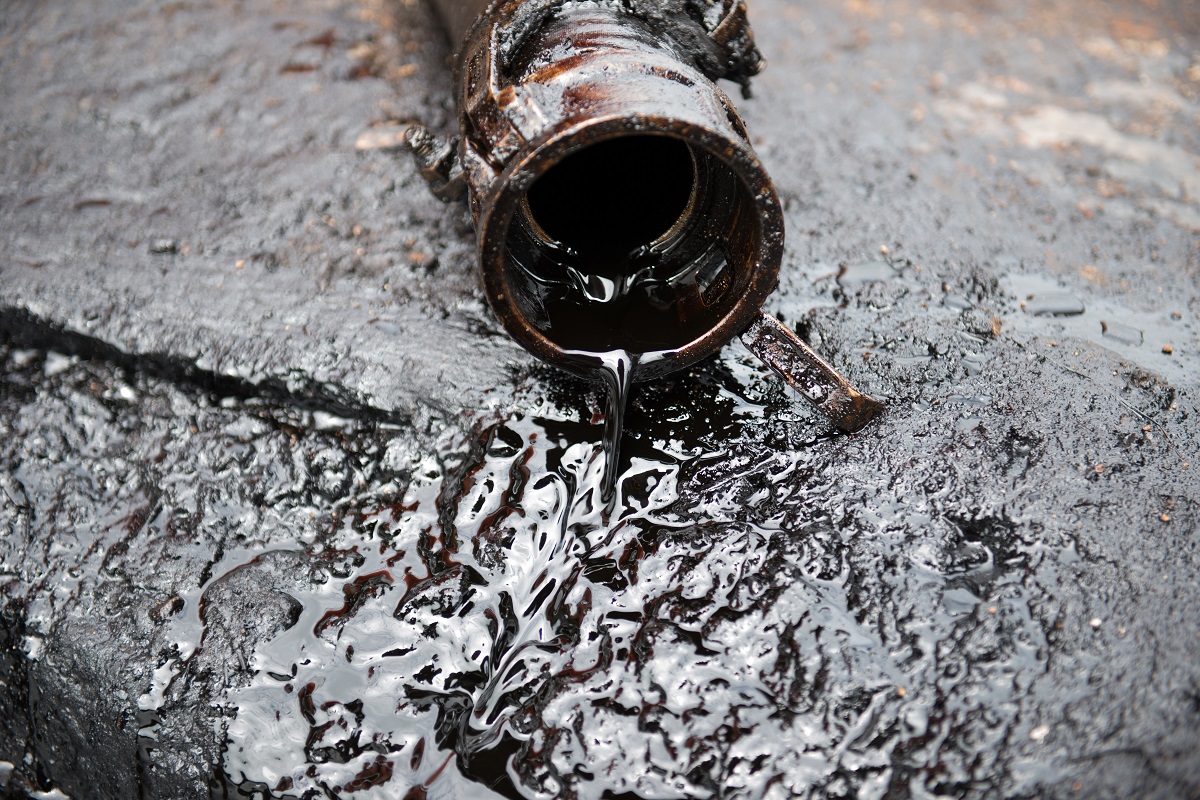 I believe that energy analysts are absolutely delusional to think Crude production will slow significantly, especially with Oil back near the $60 mark.  During the recent, lengthy bull market, tens of billions of Dollars were invested in Crude infrastructure, so there is too much at stake to simply shut down operations and walk away.  Investors and participants in any industry that has experienced a 15 year bull market won’t change their beliefs overnight – it takes time for sentiment to shift.  Most are far too emotionally and financially vested in the industry, so it’s unreasonable to think that a 9 month decline is going to drive an immediate adjustment to the imbalance in supply and demand.

Granted, Oil will see some immediate production cuts, but these will be temporary in nature.  They are not long term oil field closures, but rather decreases (or cessations) in the expansion of wells.  Once we see some price recovery – as at present – companies will quickly react and start drilling again.  Unfortunately, similar to the Gold bear market, I believe that this is the beginning of a long and arduous grind lower over a number of years.

In the short term however, there are positives to report.  The fact that Crude barely responded (lower) on Friday to a fairly decent sell-off in Equities suggests that the move higher has further to go.  The current Daily Cycle is clearly Right Translated, and there is pent-up demand here after 9 months of massive declines.  I expect that the counter-trend action is currently too powerful to end, so Oil should continue to move higher.  The next Daily Cycle top might not come until after Day 30, so there could be another 2 weeks of upside ahead. 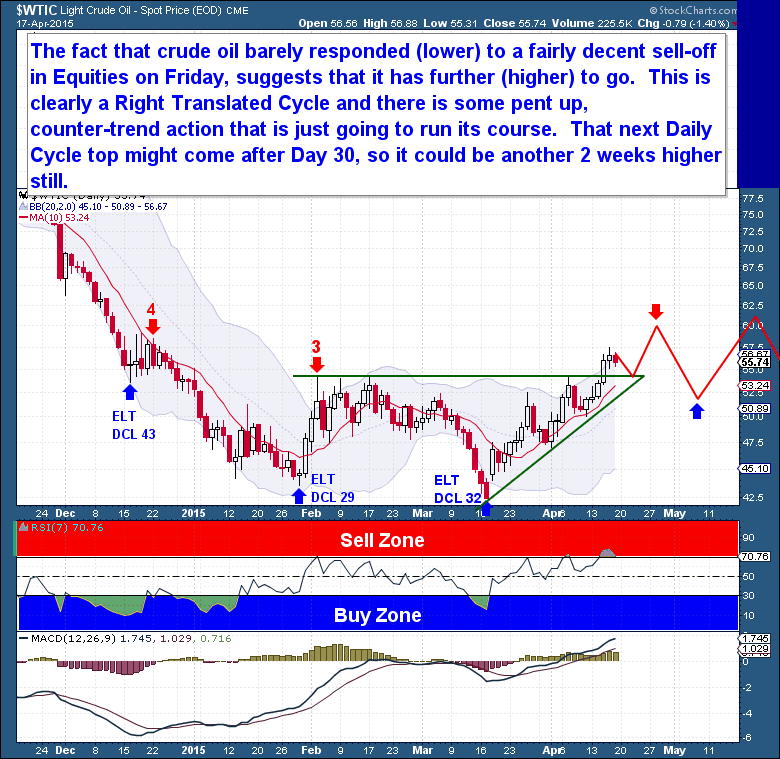 On the weekly Cycle, the chart is as clear as they come.  After a long, savage bear market crash, Crude briefly recovered, only to quickly drop again and suck in as many bears as possible.  The subsequent rally, which many are calling a new “bull rally”, should continue higher for some time.  But once the Investor Cycle eventually tops, the drops should lead to bulls being slaughtered again.

I believe that the 10 month decline that we witnessed is now over.  That move has run its course and a new Yearly Cycle is underway.  I don’t necessarily believe that new lows need to occur quickly, but I do believe that the upside should be capped and that, by the end of this Yearly Cycle, we will see Crude back near the $30-$40 level. 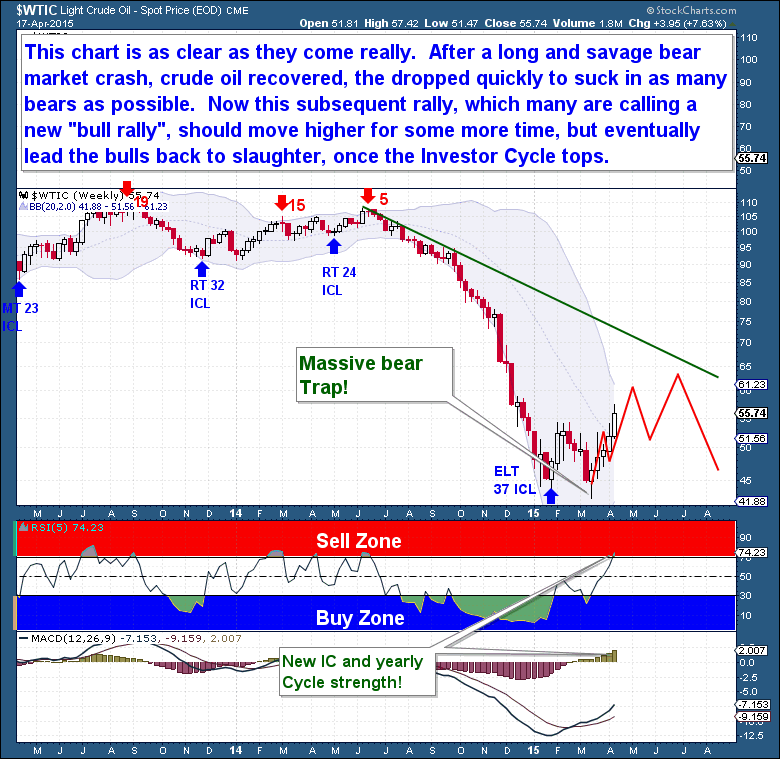 Longer term traders could pick up positions (Long) looking towards a June high in crude prices.  Although in my opinion, the risk/reward is not all that favorable and they would need to be prepared to weather some volatility.  Remember that the crude market is still under a new bear market influence.

For the short term trader, the next trade consideration would be to short crude around my price target $60-$62.  But you would need to ensure that the Daily Cycle is advanced enough in the timing band for a good Short trade.  And now that we’ve seen an upside breakout, making this a Right Translated Daily Cycle, we should wait until a price reversal after Day 30 (currently on Day 23) before considering a Short trade.  So it is unlikely we’ll be looking at a trade this week.

The Script Has Been Written

It Won’t Be Long Now

The Oil Will Flow